↓
Home Menu ↓
Skip to primary content
Skip to secondary content
Home→ConservativeTalk→Thank God for Bob!
Statement to the Media Regarding Bob Enyart
My best friend Pastor Bob Enyart passed away in the hospital surrounded by his family on Sunday, September 12th, 2021. 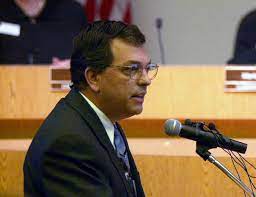 Pastor Bob started serving Jesus as a teenager, and his most enduring legacy will be those he led to Christ. Some of whom he is meeting in heaven for the first time today.
Bob’s family and church legacy will endure via his sons and his disciples, who stand ready to give an answer for the hope that lies within us to anyone who asks.
Bob’s message is the same today as always: this generation is dying in sin and needs The Savior, abortion is murder, flee immorality, flee the government schools, abhor what is evil, and love one another.
Pastor Bob’s stand from the pulpit to the courthouse against the medical tyranny that has made war on the Body of Christ and the bodies of men is not diminished because he succumbed to COVID-19. His desire that the church worship in Spirit & Truth, and in God given liberty is only amplified in that Bob did not allow fear of disease or even death stop his shepherding of the church. 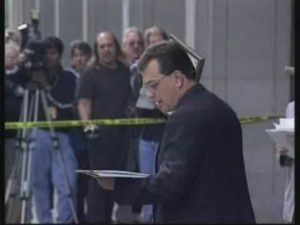 I am also convinced that Pastor Bob’s decision not to take a “vaccine, or therapeutic” developed in violation of his respect for the life of every child, born and unborn, proved that Bob’s faithfulness to God’s principles outweighed any perceived benefit that he might have gained by violating them.
Any influence Bob had upon the media as he spoke the truth against the left for a generation is worth mentioning only in passing (as is the media itself; it being a hollow vessel of shallow depth through which very rarely flows anything good, but on rare occasion, something divine). 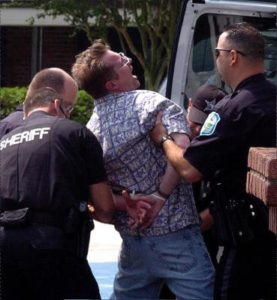