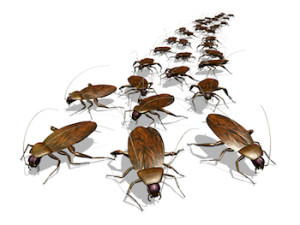 Join your host and his extremely attractive audio engineer as they peel back the rotting facade of political correctness to reveal the underlying festering sores of progressivism, paganism, bad government and bad religion!

This week a woman got the death penalty for shoplifting, a bankrupt municipality followed the “Obama Budgetary Process” and chose to cut the Sheriffs department instead of eliminating their relatives cushy government jobs, and Charles Krauthammer proved that just because one achieves multiple degrees and some measure of fame as an intellectual does not mean one is not an irrational psycho-babbler.

We pray for our persecuted Christian brothers in the Middle East, (and we lament the lack of foresight George W. Bush showed when he inadvertently began the holocaust of the Body of Christ there. And we are equally sorry for the lack biblical knowledge among the abused youth in England, and for the poor preaching skills exhibited by the Pope this Christmas past!

Tune in and hear the shocking public statements of a grandmother & a father who are actively seeking to kill the child of their daughter and wife! (And even though such a killing would fall within the bounds of legalized murder as approved by “pro-life industry” Texans, we’re sure that even they would be offended…)

We examine evidence that Japans strict gun laws are no match for their passive legalization of sexual immorality that leads to broken families, murder and suicide.

And we further chronicle the decline of criminal justice in America with a judge imitating Bart Simpson’s teacher, a polygamist who instead of being prosecuted, lands aÂ  reality show, a father who uses his own son in the production of abusive pornography with his pervert boyfriend, a lesbian boss firing a fellow for being normal and piles of homosexuals at the State Capital in Salt Lake being handed pizza by a homophile Boy Scout leader!

And getting away from the stomach turning reportage on the perverts & homosexuals; from the “plain old fashioned sin” file: a shooting at a strip club in New Jersey…

Staff from the Worldview have volunteered to send an investigative team to La Jolla California to investigate how Falconry might alleviate the smell of Sea Lions there. We also take note that for the first time in American history a philanderer & a lesbian will swear in a communist as mayor of New York, on a Bible once owned by the original Northeastern progressive!

And we log the final conservative talk commentary on the Duck Dynasty controversy with indecipherable audio of Jesse Jackson haplessly groping for whom he might shake down, and call on the Robertson clan to walk away from their enemies at A&E! Grab the podcast and enjoy your Saturday night!