At least two of the Christian Missionaries held in Haiti, (where about 50% the capital is controlled by criminals) have been released to America, (where it’s about 95%).

The bureaucrats in charge of destroying the Marine Corps declare 94% vaccine compliance as “vaccine hesitancy”, FoxNews is dutifully reporting the dramatic, heavily mutated Omicron Variant in all their maniacal glory, while the medical practitioners in South Africa who discovered it wonder why.

Don’t have an Emergency in Long Beach New York for fear of not having an Emergency Room, don’t confuse philosophy with the transactional nature of Peter Singer’s Utilitarian Reward, and don’t confuse what Ahmaud Arbery’s father Marcus Arbery said outside the courthouse about “All Lives Matter” with anything reported by Newsweek!

Kyle Rittenhouse has secured his position as someone we need not listen to when it comes to the Black Lives Matter Insurrection, while the epidemic of broken marriages and illegitimate births underpin the tale of Kyle Rittenhouse and his attackers.

And the maniac who committed the Christmas Parade Massacre in Waukesha is this weeks face of that most dangerous pandemic.

America continues to reel on her heels under the “smash and grab” legacy of The Big Flinch. Activists and governing officials alike are calling for a reckoning of Christianity against the LGBTQ mania, and on the bright side; enrollment in government schools is experiencing a “systemic crash” that offers some hope for the future of non-transactional, non-utilitarian humanity.

California brings us reason 1,229 to get (or keep) your kids out of the government schools, by siding with the racists against mathematics.

All that and a parents proudest moment… that day a letter arrives for their child from the President of the United States of America! 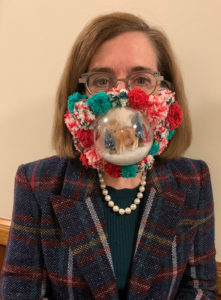 Join America’s most attractive audio engineer and her host for an hour or so in defense of the innocent, the women, the children, and hear “We Are Paul Revere” send out a call to what’s left of the men.

We say hello to a doubling of home-schoolers in 2020, the secular religion of the mask, and a fast track vaccine that’s got us thinking twice.

Gavin Newsom hangs with like minded tyrants & at least one fast-talking “feminist” named Nathan Ballard who may have just been caught beating his wife.

A fanatical masker at the “Daily Yeast” has slandered South Dakota governor Kristi Noem, Nasdaq is making believe there is no such thing as women, and Prince Harry has become a eunuch.

The Pope is a communist.

Protesting the harvesting of organs in America is punishable by arrest and imprisonment, while protesting slave labor in China simply isn’t done.

General Thomas McInerny has called the election fraud “treason“, Kyle Rittenhouse is going on trial for murder, and the mayor of Los Angeles is suffering acute COVID mania (with exemptions).

The insurrection continues unabated in Seattle, a sixth grader committed suicide during a “distance” learning session, and the UN has re-classified Marijuana from “most dangerous” to “most useful” drug.

All that along with maskers hating on Jews in the big apple, and your hosts hunkering down with the livestock to endure the self fulfilling prophecy of a dark, (but relatively pleasant) winter.